Where Am I Today? 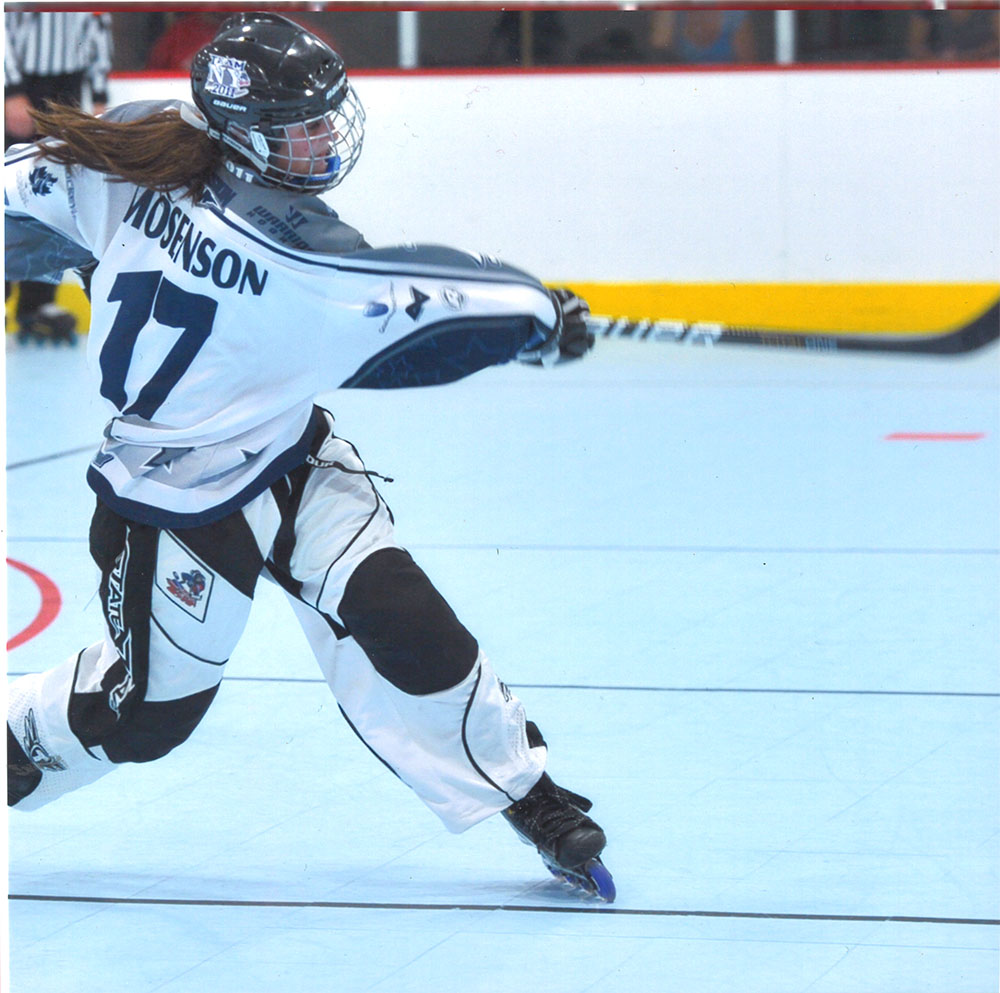 My life has been a living hell since I got my second concussion in January 2013, but I will not let the road I am traveling define who I am nor keep me down! There have been no cures for my symptoms, but hopefully time will be my remedy.  All of my doctors tried to treat my symptoms to give me a little relief from my daily pain and suffering.  There were so many medical professionals trying to help me; the concussion specialist, neurologist, physical therapist, orthopedic surgeon, psychiatrist, vision specialist, chiropractor, massage therapist, and I’m sure there are a few I am forgetting, because forgetting comes with concussions.

There are all of the experimental medications I was prescribed to try to reduce my symptoms. There are pills to help me sleep, pills to keep me focused, pain pills to relieve the body pain and headaches, pills to relieve anxiety, and pills to prevent depression.  I get Botox injections every 3 months to help with my migraines and neck pain.  I have had between 7 and 10 medical appointments a week during my most debilitating time.

In addition to the medical issues I deal with, my condition has a dramatic effect on my social life. I couldn’t get my drivers license like other kids at 17, I couldn’t attend school events and weekend parties. My family was the major part of my social life the first 4 years. Friends forgot about me, it was just a case of “out of sight, out of mind.”  They had their schoolwork, their sports and their social lives.

What I am going through affects my whole family.  My mother and father have been there 100% trying everything they can do to get me better.  It takes a toll on them, as it would on any parent.  All they want to do is make me better, and there is nothing they can do themselves to relieve my symptoms and take my pain away.  It takes its toll on my brother and sister as well. Occasionally, I am unable to do things and it causes the family to change or cancel plans at the last minute.

Who am I and How Did I Get Here?

My name is Jenna Mosenson. I was a travel roller hockey player whose whole life revolved around playing hockey. From the second I woke up in the morning, hockey was on my mind. I played on several teams and often practiced or had a game 7 days a week. I was selected to represent the Jr. Women’s USA roller hockey team in 2012, but unfortunately was unable to play due to an injury.

My journey with traumatic brain injuries and concussions started in June of 2011, when I was playing in a travel roller hockey game.  In addition to the sports related concussions, I have had 3 additional concussions since, and I was involved in an automobile accident that had exasperated all of my symptoms.

I was going for the puck and one of my teammates collided with me. I was knocked over, fell on my back and hit my head on the ground. I don’t remember anything about the hit, but this is what I have been told. I remember waking up to my coaches and the referees kneeling next to me. They asked “Are you  okay” and I said ” yes.” I skated to the bench. I was dizzy, nauseous, and had a pounding headache. I told my coach I didn’t feel well, but not knowing much about concussions back then, he said, “You’re fine. Shake it off.” I was set out to play on the next shift.  As we look back on it now, I never should have been allowed to continue playing.  I should have gotten medical attention immediately.

It took me 6 weeks to recover from my first concussion.  It took this long for me to be completely free of headaches and able to handle noise, and lights. I had to be headache free for 3 days before returning to sports. Fast forward to 2013, to my next experience with a concussion. I say experience because with this concussion, I didn’t know I had one until 4 days later. I started feeling very sick with similar symptoms, but my family and I thought I was sick with the flu. We went to the pediatrician, and it was determined that it wasn’t the flu. The doctor did all the tests that they could think of to find out why I was feeling sick. My doctor wouldn’t let me go home, and made me stay at her office because she was determined to uncover what was wrong with me.

She began running her fingers up my neck. It hurt so bad that I actually screamed. She then started looking at my eyes. She asked me to follow the pen. I felt my eyes slowly moving to find the pen. She looked at me and said, “I hate to tell you this, but you have another concussion.” I was confused as to how this was possible. She began to ask if I had hit my head recently or had fallen. I remembered I had fallen on my butt and bruised my tailbone during my hockey game. I realized that was the day all my symptoms appeared. My doctor then explained to me that having a concussion does not always mean you have to hit your head. Both the fall on my butt and the whipping of my neck shook my brain to the point of a concussion. The mystery was solved.

My goal was to rest up and get better, so I could get back to hockey as soon as my headaches were gone.  This concussion experience was different from the first one. I was on complete bed rest in the dark. My brain was to have minimal stimulation, which meant absolutely no lights, TV, computer or cell phone. I had trouble speaking. I was slurring my words and had trouble coming up with sentences. I started to forget more. I couldn’t remember what I had for breakfast, or tasks I had just completed a few hours earlier. I was having trouble falling asleep, but once I finally did, I would sleep for hours on end, sometimes sleeping up to 16 hours straight.  Home instruction was the only time I was up during the day.  There were many sessions where I would be lying on the couch while the teachers taught me.

Seven weeks after my concussion, I was finally symptom free.  Five days later, I was cleared to go back to hockey. However, I wasn’t ready to go back to school, since I was weeks behind in all my classes. I was ready for my first game back. I was feeling good and excited to get back to the sport that was such a big part of my life. My first game back, halfway through the first period, I collided with a player on the other team, and our helmets hit. I fell on my back and hit my head on the rink. I was told throughout my recovery from the second concussion, that if I sustained a third concussion, my playing days would be over.

I knew right away that this was the end of my career!

I was flat on my back, tears running down my face knowing this was my last game, and my final shift in the sport I grew up loving with so many dreams I had not yet accomplished. With my coach on one side and my mother on the other, they decided I would not go back in the game even though I was lying there saying I was fine, ready to go back and play. After getting carried off the rink by my coach, and placed on the bench, all the symptoms of the concussion came piling on. The noise sensitivity was the worst, almost too much to bear. The neck pain came on pretty soon after the shock phase was gone. The headache, nausea, confusion, slurring of the words set in soon after. Once I got home from the game, I had a nurse come to the house and check me to just make sure it was definitely a concussion, a fact that we already knew. The nurse confirmed that it was in fact a concussion, a career ending one.

It was back to the bed rest with no electronics and complete darkness. I was in so much pain from the aches of my body and the pounding in my head.  I could barely stay up for 20 minutes before falling back to sleep for hours on end.  I was on bed rest for almost 10 weeks before being able to have my phone and watch T.V. for a limited amount of time.

My life was never going to be the same!

I would never return to a high school classroom again.  I eventually graduated high school with my class and wanted to try to move on with my life, not knowing what that really would mean.  I wanted to go to college.  I had no idea how I was going to do it because I was still dealing with post concussion syndrome and wasn’t in a classroom environment for almost 3 years.  Still, I was determined to give it a try.  So I went to my parents to talk to them about it. They were all in favor of me attending college.  They told me that they would be with me every step of the way, every minute of every day.  Their idea of college for me was a local community college and living at home.

That wasn’t my idea though; I wanted to go to my dream school, the University of Alabama, a good 17 hours away from where my parents wanted me to go. My parents have always been 100% behind whatever I wanted to attempt, but this was a big decision.  We all knew that this would be a very difficult task, but I thought I would be up to the challenge. I applied and was accepted to attend the University of Alabama for the fall 2015 semester.  I was so excited.  For the first time in 3 years, I had something to look forward to.

I was having the most amazing experience, but unfortunately, the concussion symptoms and medical issues were just too much.  I had to take a medical leave and withdraw with just 3 weeks left in my first semester there.  I was heartbroken, but I knew it was the right decision.  Everyday had been a battle.  At this point, I told my parents that I needed to come home and just try to work on getting better.

I just completed my second semester at SUNY Farmingdale and am transferring to Molloy College to begin my degree towards becoming a social worker. I will continue my work with Concussions Matter to accomplish the goals we have set. I still have severe post concussion symptoms that affect my life every day, but I am determined to move on with my life, and turn this lemon that life has thrown me and make the best damn lemonade I can.